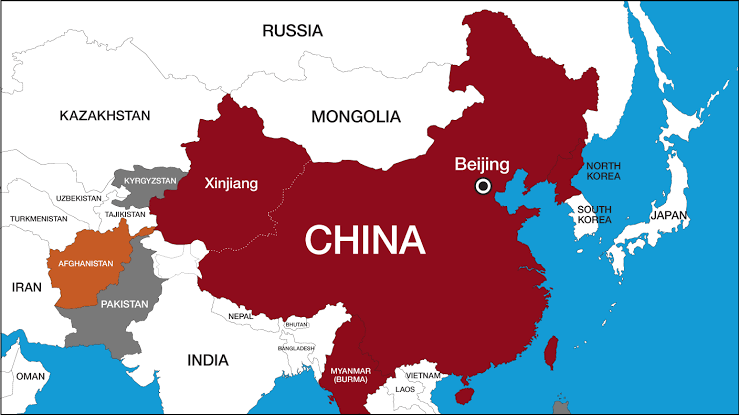 Russia has recently overtaken Saudi Arabia this may custom data says as it has become China’s top oil provider as the West continues to sanction Moscow’s energy exports.

According to the latest development it’s said that China is helping to offset Russian losses from Western nations scaling back Russian energy purchases over the invasion of Ukraine.

In the report by Bloomberg News it’s said that China bought $7.47 billion worth of Russian energy products last month, about $1 billion more than April.

Recall days before Moscow’s invasion of Ukraine, China’s President Xi Jinping greeted his Russian counterpart Vladimir Putin in Beijing, with the two countries declaring a bilateral relationship of “no limits”.

However, Beijing has repeatedly refused to condemn Moscow’s bloody invasion of Ukraine.

It is also reported that China has been accused of providing a diplomatic shield for Russia by blasting Western sanctions and arms sales to Kyiv.

Since the war broke out in Ukraine some months ago we are just learning what the world really stands for. We now know who the west is for and who they are against.

China doesn’t seem to care about the war rather it is only interested on what they gain. This is sad but we must face reality. Russia invaded Ukraine few months ago and the war is still ongoing.

It has attracted many sanctions from the west and Russia may not likely survive this but what exactly is given Puty the morale to keep pushing amidst several sanctions.

Well, it is clear that Russia is prepare even before the inception of the fight and they care less of what will come of it as long as they are able to achieve all they want from the war.

The is not really a lot I could say but lets keep watching from afar what will become of the war in few days or months from today. We will know if talks can get this resolved and put an end to the killings and death of innocent citizens if at all they still exist in Ukraine.