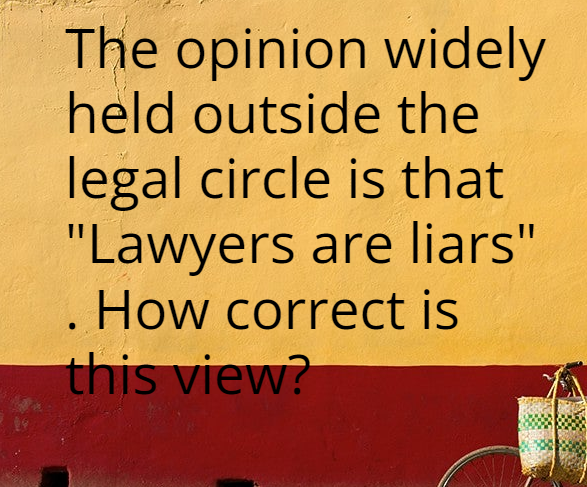 The opinion widely held outside the legal circle is that “Lawyers are liars” . How correct is this view?

The view that “Lawyers are liars” is one of those painful prejudice against members of the most honourable and learned profession. This opinion, though erroneous, has regrettably survived all through the ages, in different climes and in different places.

Although this attitude of the layman towards lawyers is unfortunate, it is understandable. It is borne out of complete ignorance of the role of the advocates at the Bar. To a layman, lawyers make the law as arcane as they can, intentionally creating situations which the layman will not understand and will have to pay them to pilot him through the shoals and sandbanks that they have schemed for his confusion and their profit. It is in this same vein that lawyers have been described as “a society of men bred up from their youth in the art of proving by words multiplied for that purpose that white is black and that black is white according to as they are paid”. Even the master Jesus had a cause to curse lawyers when he said “Woe to you lawyers! you put loads on peoples’ backs which are hard to carry, but you yourselves will not stretch out a finger to help them carry those loads”. LK 11.46.

The questions which naturally follow are: Do lawyers make laws? Do lawyers prove that white is black? And, do lawyers impose loads on the people?

It is the legislature which makes laws while what may be described as judicial laws are decisions of judges given in the course of their interpretation of laws made by the legislature. It follows that lawyers apply the laws as they find them and no question should arise as to their complicating the laws in order to make it difficult for the layman.

As to whether lawyers prove that white is black is an assertion borne out ofignorance. A spectator watching a stage performance is free to hold his opinion about the actors and the mannerthe y ach, He can only discover theMorinhis.judgement should he lind. himselfmstage.too.Adrocag is an art which is only learnt by experience: Above all, a lawyer is; Jpecialist in the field of law. If his artof radeje-Dowverofiegal advoca) becomes a common knowledge he would no longer be a spoccialist, It wil be a waste of money and time studying to acquire the skill.

With respect to whether lawyers impose loads on people, I would simply say no. Laws with their sanctions are already there. All that the lawyers do is to help the judge to altain the justice in each case. Aline conclusion of the case, the appropriate sanction or remedy already prescribed by law is handed down by the judge in a just decision.

I have éarlier said that the accusation of members of the legal profession by the laymen is understandable on the grounds of ignorance, Another reason is this: while most other professions carry Out their professional duties in the privacy of their offices, the barrister performs a lot of his work in the court which, according to law, must be open to the public.

The lawyer’s virtues and vices, successes and failures, industry and indolence are displayed be fore the public. Also, in other professions, the workers set out to please every one; but the lawyer does not. In every quarrel, there are at least two sides; but in every adjudication there can only be one successful party. This being the case, it is natural to expect prejudice from the same public.

The prejudice from the public does not only arise as a result of a party losing a case. To an average layman, a lawyer is capable of being purchased to say anything and to espouse any cause provided the price is right. A lawyer is resented whichever way the case goes. If he wins the case, the litigant queries why he must pay money to a lawyer to get what justice demands and what is his right. if he loses, it is even the worse. Ht quarrels that he has paid all the legal fees and has got nothing to show for it. Either way he feels resentful.

In answer to your question, the opinion held by the layman ila “lawyers are liars” “is not new. It is still being held and will continue if be held. It simply reveals a general misconception about the actual rol oflawyers in a society. Lawyers are nothiars. They have a more subline objeciive which is the attainment of justice. Lawyers are vicins of contradiction.

Legal Right: Can a Traffic Warden Check the particulars of my vehicle 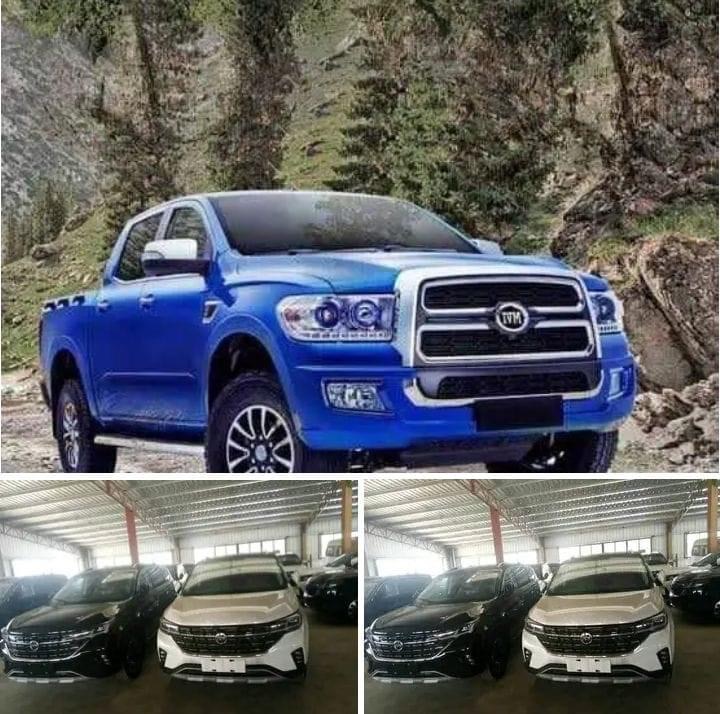 Legal Rights: Whom do I sue for false imprisonment

Legal Right: What to do when police arrest you at your home

Legal Rights: Must I pay some money in order to take a person on bail?